Could ‘designer HRT’ be the answer? 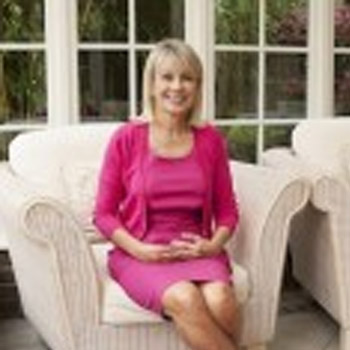 Could ‘designer HRT’ be the answer to those worrying side effects of regular HRT?  Why you need not struggle with menopause

When her menopausal symptoms were at their worst, Jacqueline Starbuck was surviving on three hours of sleep a night. ‘I had the most awful night sweats and just couldn’t drop off,’ says Jacqueline, 55, a finance director and mother-of-three from Harlow, Essex. ‘It got so bad my husband Andrew considered sleeping in another room. When I did finally fall asleep, I’d soon wake up again.’

Most women in this position would head straight to their GP to talk about starting hormone replacement therapy, or HRT. For the past 50 years, it’s been the standard treatment for the menopause and more than two million prescriptions are written for it in the UK every year.

Usually a standard combination of synthetic forms of oestrogen and progesterone, women take the treatment orally as a tablet or in a cream to replenish their naturally declining hormone levels and ease the debilitating symptoms of the menopause.

But for Jacqueline, there was a problem. When she had tried HRT before, within ten months she’d begun suffering from severe headaches. Tests showed that her blood pressure was dangerously high.

Her doctors said the blood pressure spike may have been caused by the HRT – and even if it wasn’t, staying on the treatment would pose too great a risk to her heart, so she was forced to stop taking it. But even when her blood pressure was under control, she was understandably reluctant to try it again, and resigned herself to enduring the menopause taking its painful course.

‘My GP is wonderful, but there was no alternative she could offer,’ says Jacqueline. ‘I tried everything – sleeping pills, cutting out alcohol – but nothing really helped.’

Although HRT can work very effectively, many women suffer side-effects like Jacqueline, and scares over links to breast cancer have fuelled concerns about its use.

However, experts have recently suggested that part of the problem is women are being given a standard, one-size-fits-all treatment for a condition that varies hugely from one person to the other.

While there are a number of different forms of the drug available on the NHS, critics say doses of hormones are still calculated too simplistically, meaning they may be too strong or weak for the patient.

But Jacqueline is one of a growing number of women who’ve discovered an alternative. When discussing her symptoms with a friend, she heard about a new type of HRT where the doctor tailor-makes a prescription to the patient’s individual needs.

Using a blood test, they measure the woman’s hormone levels so that she takes just the right amount of hormones her body needs. Proponents say this makes it safer and causes fewer side-effects.

‘Within a week I was starting to feel like my old self,’ she says. ‘The hot flushes went away as quickly as they came, and soon I was back to my usual six hours sleep a night.

‘My symptoms made my life, my marriage and my job impossible. Now I can sit in a meeting with six men and not go into panic mode.’

And while she’ll never know for sure if her original HRT caused her blood pressure to rocket, Jacqueline’s blood pressure has stayed at a normal range since starting on Dr Gluck’s regime.

Personal trainer Julie Bartlett, 54, started taking ‘bespoke’ HRT in June this year. She had a hysterectomy in March 2011 after being diagnosed with womb cancer, which triggered a sudden onset of menopausal symptoms.

‘I was back at work within five weeks of the operation,’ says Julie, who lives in Kent with husband Eddie, a contracts manager, and has two grown-up children.

‘But a few months down the line, things went wrong. Sex became very painful. I had mood swings and anxiety, and started accumulating tummy fat. I had terrible night sweats and hot flushes and would be up all night.’

Julie adds: ‘I went to see my GP, who said I definitely needed to go on HRT. I’d read up about all the potential side-effects and told her I was very concerned. She said I’d just have to try it, and if it didn’t work, try another form, and keep going until I found the right one. It sounded like such a lottery. I just wasn’t prepared to put my body through all that.’

Instead she looked into individualised HRT, and saw a private doctor who gave her a personalised prescription for half a tablet, twice a day. ‘It cost £590 for the consultation and tests, and the hormones cost £45 a month,’ she says.

‘Standard HRT on the NHS would have cost me nothing, but for the difference it’s made and the peace of mind I have, I think it’s worth it.

Studies have shown that individualised HRT is safer and more effective, and guidelines recommend GPs take personal symptoms into account. But Dr Gluck says patients are still given a ‘one-size-fits-all’ solution. She prescribes bio-identical hormones, rather than synthetic ones. These are hormones are made from plant sources before being tweaked in the lab so that their chemical structure is identical to the hormones made naturally in a woman’s body, unlike the synthetic HRT prescribed on the NHS.

As well as taking a blood test to measure a patient’s hormone levels, Dr Gluck also takes a long, detailed history of their symptoms, along with information on their lifestyle

‘It’s like a jigsaw puzzle. I might have three patients who have all the same symptoms, but will end up writing three very different prescriptions,’ she explains.

‘Those who most benefit from this type of HRT are women who cannot tolerate artificial standardised hormones, and suffer side-effects such as blood clots, mood swings, weight gain and excess bleeding – but really it’s good for anyone.’

She says it’s not just women suffering with the menopause who can benefit, but also those going through perimenopause or conditions such as pre-menstrual tension, painful periods, endometriosis or postnatal depression.

However, some experts question whether it’s possible to measure an individual’s hormones, because our levels change all the time.

‘We have been talking about individualised HRT for years, and in principle we agree with the concept of tailor-making a prescription based on a patient’s age and history,’ says Dr Nick Panay, consultant gynaecologist at Queen Charlotte’s & Chelsea Hospital and Chelsea & Westminster Hospital, and past chairman of the British Menopause Society.

‘The side-effects of HRT, such as nausea and breast heaviness, do tend to happen when women are given too high a dose, so it should always be given in lower doses.

‘But there’s a bit of controversy as to how much one can individualise. There’s so much fluctuation in hormones. If you do a blood test in someone who’s still having a menstrual cycle, the results will vary according to where they are.’

‘We try to find the middle ground – as long as we can replace hormones within the appropriate ranges, it will suit most women.’

Dr Gluck agrees that the blood test she takes can only ever give a ‘snapshot’ of a person’s hormone levels, but says it still allows her to make a more accurate prescription.

And converts to bespoke HRT such as Jacqueline Starbuck are just happy to put the torment of hot flushes and mood swings behind them. ‘I am so relieved I’ve found bespoke HRT,’ she says. ‘It’s completely changed my life.’

For more information on Dr Gluck’s services, visit mariongluckclinic.com. For information and advice on coping with the menopause, visit menopausematters.co.uk and womens-health-concern.org