How to Look Your Best? 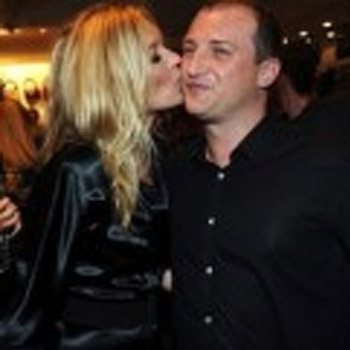 …That’s Easy-peasy Stand Next to Your Man

Women have the upper hand when it comes to ageing well, says Lisa Armstrong

In the acreage of coverage leading up to Kate Moss’s 40th birthday this week, for me, the most telling picture is a snatched shot in a gossipy new biography.

Taken in 2010, it shows the world’s most famous partygoer nuzzling her brother Nick. Seasoned pro that she is, La Moss looks quintessentially Moss-esque, what with the blonde tousels, pyramid cheekbones and fabulous dress. Intriguing, Le Moss – how to put this tactfully? – does not.

It’s not that Nick, who, in the early Nineties was also a model, is a wreck. He looks rather twinkly. Let’s just say there’s a recession around his hairline. There’s less chisel and more chunk to his jawline. As for the sartorial situation – if he’s still modelling, it’s in a niche area for dad clothes. It’s pertinent to note that Nick is two years younger than his sister.

What I love about this picture is that it reinforces an observation I’ve been stewing for some time; that many women now age better than men. It’s not always the case – as Dr Marion Gluck, one of the world’s pre-eminent experts in bio-identical hormones, says, “every individual ages differently. That’s genetics”. But there are enough examples to detect a pattern, from Cate Blanchett and her husband Andrew Upton, who’s three-going-on-30 years older than she is, to the Duke and Duchess of Cambridge. And, although it doesn’t help her right now, one day Valerie Trierweiler can draw satisfaction from the fact that she looks far more attractive than her weasly partner did at her age.

I’m not only talking about women who are paid to be glamorous, such as Sandra Bullock, whose skimpily clad 49-year-old body not only graces Gravit y but defies it. For no logical reason other than obvious aesthetic ones, she strips down to her vest and pants half-way through – and, in a way, more power to her. Bullock is part of a generation of actresses who, far from being finished in their Forties and Fifties, are changing perceptions of female ageing.

Admittedly, plenty of women resort to artificial help. But if they look good on it, so what? There are so many measures to help us age well – from great haircuts and fancy creams to lifestyle choices and positive mental attitudes – that it seems defeatist, even perverse, to ignore all of them.

This is where women have the upper hand. Physiologically, men have certain advantages, but they’re trumped by female diligence. Dr Michael Prager, cosmetic specialist behind many a newly youthful-looking face, says: “Male skin can be more resilient to sun damage and men usually experience more consistent hormone declines through life than women. But because female skin is expected to be radiant, translucent and evenly coloured, women are often far more careful and knowledgeable about the importance of drinking water and staying out of the sun from much earlier on.”

Perhaps, then, society’s fixation with women’s looks might work in our favour. At any rate, the average woman’s grooming schedule makes her a paradigm of results-orientated, solution-finding open-mindedness.

By contrast, the male of the species is several centuries behind the programme. Younger men are taking more pains over their looks than previous generations, but many men over 40 would still rather have root-canal work than a facial.

Men and women are both judged on the way they present themselves. But because male issues of ageing, such as baldness – which affects two thirds of some male populations by the time they’re 60 – seem so intractable, men often give up before they’ve begun. There’s more bad news for them, I’m afraid. According to Imedeen, the company that has hired the serenely lovely, 45-year-old Christy Turlington as its mascot, and pioneered the concept of beauty supplements in the form of tablets, “although men’s skin contains more collagen and elastin than women’s, through shaving it becomes thinner, as cell regeneration slows down and collagen is lost. This makes male skin more vulnerable to abrasion and environmental factors. In addition, the daily shave destroys the skin’s barrier function, leading to loss of natural lubrication and protection, so skin becomes drier and more sensitive over time”.

You’ve got to feel for men haven’t you? By comparison, most of the beauty challenges facing women as we age are tractable, provided you adopt a realistic outlook, retain a sense of humour and put in some effort. For affirmative proof of this, read the late Nora Ephron’s witty and gracious I Feel Bad About My Neck , and listen to Coco Chanel, who was right about getting the face you deserve at 50 – an insight not lost on Moss, who, for all her studied insouciance, goes to considerable lengths to protect her physical assets and offset all those ciggies.

Lest we forget, however, ageing well is also about the internal. Louise Chunn, former editor of Psychologies magazine and founder of welldoing.org , a site for self-development and mental wellbeing, points out that narrow attitudes can be as ageing as outdated make-up. “One of the biggest discoveries I’ve made as I’ve trundled through my fifties is that a lot of the neurotic stuff just goes away,” she says. It seems to be different for men, she notes. “Mortality comes as a big shock to them. They read about Andrew Marr having a stroke and it strikes home. Meanwhile women are having a lovely time post-menopause, not having to worry about getting pregnant.”

Nor is Chunn immune to the morale-boosting properties of a killer outfit. “We have so much more range than our mothers did, fashion-wise,” she says. “Men don’t have anything like the options we do to play with. They can’t really colour their hair, or fiddle around with the length…throw in a bit of a paunch, and they start to look a bit generic.”

Even the dreaded hot flush can, it seems, be useful. “Women are far more likely to take hormone replacements than men,” says Dr Gluck, “yet men, if they’re not the silver fox type, are just as prone to hormonal fluctuations. A man of 60 may well have more oestrogen than his 60-year-old wife. That can cause a dramatic loss of confidence and make him inward-looking, grumpy or tearful.”

“Think old and you come across old. You can’t separate the physical and the mental. If you look good, you feel better and vice versa. For both sexes it’s vital to maintain your vitality and your interest in life. It’s all about reinventing yourself – and never thinking it’s too late.”