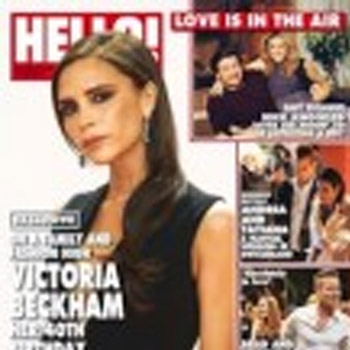 Responsible for everything from teenage tantrums to PMS, hormones can make or break a relationship, and it is not just women that are affected. So should men be treated with hormone therapies, too?

From puberty right through to the menopause and beyond, it is no secret that women are affected by their hormones, which play a significant role in determining the way they look and feel. But men have traditionally been seen as immune to such hormonal fluctuations – but some experts would disagree.

Robbie Williams believes that a lack of the male hormone testosterone had a profound effect on him. For years, the singer battled weight gain, moodiness and mild depression, and found it hard to have a successful relationship. However it was only when he visited a doctor to try and get a prescription for Human Growth Hormone (HGH), in an effort to lose weight and build muscle, that he realised low testosterone levels were actually to blame.

“I went to get some HGH. It’s what all the old fellas are on out there in LA,” Robbie reveals. “Went to see a doctor and he said: ‘You don’t need HGH. You’ve got the testosterone of a 100-year-old man.’” After taking the male hormone he is now a happily married man and father to 17-month-old Theodora.

But can a hormonal boost really improve men’s lives? Yes, says Dr Marion Gluck, a leading UK bioidentical hormone doctor. Around five per cent of her patients are now men, but that number is fast increasing. “I am seeing a growing number of men who come to me because their wives refer them,” she says. “The women tell me that their husbands are grumpy, miserable, have no zest for life or libido, and that, as a result, their relationship is failing. Often, the women have themselves suffered from hormonal imbalances. They are being treated and feel so much better, healthier and happier, and they want the same for their husbands.”

While women’s hormonal fluctuations are well documented, the effect of declining hormone levels in men often goes unrecognised. “For men, the level of their testosterone declines slowly and steadily after the age of 30,” explains Dr Gluck. “This means that the slide into weight gain, lethargy, low libido, general grumpiness and tiredness is often seen as an inevitable part of growing older; but it needn’t be. I prescribe a tailor-made prescription of testosterone, DHEA and sometimes progesterone.”

The transformation, according to Dr Gluck, can be dramatic. “They sleep better, have more energy, enthusiasm and sex drive; they are happier and feel healthier; they get back their zest for life and their wives get back the men they first fell in love with.”

A blood test will reveal whether a man has low hormone levels; but unlike in LA, where Robbie spends much of his time, on this side of the pond prescriptions for male hormones are not widely available as andropause – the commonly used term for the male hormonal decline that comes with age – is not seen as a cause for concern by most doctors. The NHS view is that symptoms of the so-called male menopause can be caused by issues other than hormones, including diabetes, lifestyle factors or psychological problems. But if tests do prove there is a testosterone deficiency a GP should refer the patient on for specialist treatment with an endocrinologist.

Private practitioner Dr Gluck, however, is convinced that in many cases, hormone therapy can be more broadly applied. “I only have to look at my male patients to know that there are real physiological, psychological and emotional symptoms, and that these can be alleviated with the right hormones.”

The treatment, however, is not suitable for all men. “It is contraindicated in men with a history of prostate cancer,” she advises.?• If you or your partner is suffering from the symptoms of andropause, see your GP to determine the cause. For more information about Dr Marion Gluck’s private treatments, visit mariongluckclinic.com.

DHEA Dehydroepiandrosterone is a hormonal precursor produced by the adrenal glands and then made into testosterone in men.

PROGESTERONE A predominantly female hormone that men need at low levels; it prevents excess testosterone be