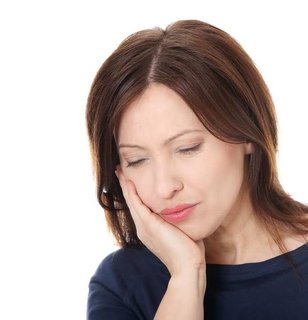 New research has revealed an alarming lack of awareness amongst women around hormones and their impact on health and wellbeing.

Hormones – chemical messengers used to communicate between organs and tissues – control every function in the body. From reproduction, libido (sex drive), growth and development and stress, to digestion and metabolism, sleep, mood and tissue function.

The research also questioned women around their understanding of hormones and the menopause – almost a third did not know that the menopause can lead to osteoporosis, low libido, high cholesterol, memory loss and depression.

The study was carried out by The Marion Gluck Clinic, which treats patients suffering from hormone imbalances and is a pioneer of bio-identical hormone replacement therapy (BHRT) – hormones that have the same chemical structure as the body’s own hormones, but cause fewer side-effects than ‘synthetic’ hormones used in conventional HRT and have fewer associated breast cancer risks.[i]

Commenting on the findings Dr Gluck said: “Sadly it’s not surprising that there is low awareness amongst women, as many hormone-related problems such as tiredness, weight gain, low libido, depression, sleep problems and bad skin are just put down to the stresses of modern life.

“The role of hormones is crucial to our overall health and wellbeing as they regulate every function of our bodies. As we age, hormones such as oestrogen, progesterone and testosterone inevitably decline – by restoring these to their natural levels women can feel and look healthy, energetic and more in control of their lives.”

The research also found that 79% of women were fearful of using conventional HRT because of recent cancer-scares[ii], and more than six out of ten felt they were expected to just ‘put up with’ hormone-related menopausal symptoms.

Almost two-thirds admitted they were unaware that conventional HRT is actually a drug, with six out of 10 saying they would be willing to try a hormone therapy such as bio-identical HRT.

Said Dr Elaine McQuade, who works as a GP within the NHS and also practices at The Marion Gluck Clinic: “Bio-identical hormone therapy offers a real alternative for those women who are worried about or have experienced side effects from conventional HRT. Unlike synthetic HRT, which is a standard dose for all patients, bio-identical HRT is personalised depending on the individual’s specific hormone needs at different stages in their lives, which is why side effects are rare.

“Hormone problems are also not just limited to 50 plus menopausal women. Imbalances can occur at different ages of a woman (and man’s) life and bio-identical hormone replacement therapy is an effective way of restoring the balance. Having treated many patients with BHRT, I have seen the life changing effect it can have, and as a doctor it is incredibly rewarding to be able to make such a huge difference to someone’s health.”

About The Marion Gluck Clinic

Dr Marion Gluck trained as a medical doctor in Hamburg more than 30 years ago and has worked all over the world as a women’s health specialist. She has been recognised as one of the top doctors in the world for her pioneering treatment of hormonal imbalances, using bio-identical hormones.

In 2007 Marion founded The Marion Gluck Clinic, as the only dedicated bio-identical hormone clinic which specialises in the use of bio-identical hormones to restore and maintain optimal health and hormone balance. The clinic offers a bespoke service, with treatments tailored to the precise needs of the individual.

Bio-identical hormones have identical chemical structures to those hormones found in the human body. As a result, they fit their hormone receptor sites perfectly so their messages are translated properly and their effects are more consistent with the normal biochemistry of the body.[iii] Bio-identical hormones are originally derived from plant sources (diogesin from wild yam and betasitosterol from soya beans) and made into micronized powders which are used to make oral or transdermal (creams) treatments.[iv]

A ‘synthetic’ hormone (used in conventional HRT) has structural differences to a hormone produced by the body, which means it can act differently and produce substantially different effects.[v]

Bio-identical hormones are prescribed according to each patient’s individual needs.  Each patient has a consultation with a doctor, who explores their symptoms in order to determine a personalised prescription that will provide just enough hormones to make the patient feel healthy again. Individually prescribed bio-identical hormones are often better tolerated than conventional HRT, which cannot be tailored to the individual and can cause side effects.i