This could turn your life around 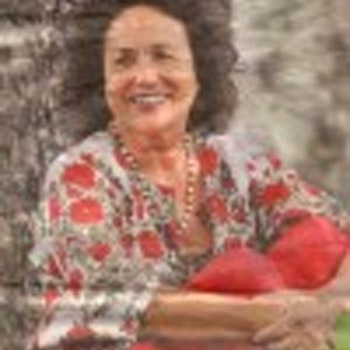 Not so long ago, Mary* was in the throes of a menopause at its worst. The mother-of-three was weepy and lacking in energy, suffering from night sweats, hot flushes and fatigue, regularly experiencing memory loss and constantly felt off-form.

Her doctor put it down to a busy lifestyle – she works from an office in her home near Drogheda, Co Louth – and the stresses involved in looking after three adolescents.

One night, Mary, then in her late 40s, sat down to watch an Oprah Winfrey item about the menopause and bio-identical hormones – and her life changed. “I thought it sounded good – all the symptoms mentioned seemed familiar to me: emotional sensitivity, weakness, lack of energy, feeling off form, memory loss, fatigue, night sweats, hot flushes. At the time I was going to the doctor and he was saying I was just overtired.”

However, despite her doctor’s reassurances, Mary, who had opted not to go down the route of conventional hormone replacement therapy, felt there was more to her problem than simply the stresses and strains of being a working mother with adolescent children.

She decided to investigate bio-identical hormones and a quick internet search brought mention of Dr Marion Gluck, a London-based GP specialising in women’s health who is internationally known as a pioneer in their use.

Mary made an appointment to see Dr Gluck at her clinic. “Dr Gluck took blood tests which showed some of my hormones were out of balance. She prescribed progesterone and oestrogen which I got in a cream form.”

The results were almost immediate, says Mary, who is now 50 and now travels to London twice a year for a face-to-face consultation on top of regular telephone consultations with Dr Gluck.

“Within a few days I noticed a difference – my mood improved. I wasn’t as tired and my overall well-being improved. The night sweats stopped after about two weeks and the hot flushes subsided and eventually disappeared.”

There was another, unexpected, benefit to her trip: “Dr Gluck also discovered very high levels of calcium in my blood which indicated the existence of a parathyroid tumour. After I returned to Ireland her diagnosis was confirmed and I had an operation. “Not only did she resolve my menopausal symptoms but she discovered the existence of this tumour which the consultant reckoned I’d had for about two years.”

Mary is one of about 100 Irish patients a year who trickle through the doors of Gluck’s clinic in London seeking bio-identical hormone treatment.

Gluck is a former emergency room doctor – she changed course after becoming disillusioned with the way hospital patients were treated – and is now considering running a workshop and follow-up mobile clinic in Ireland.

So how does it work? Bio-identical replacement hormone therapy (BHRT) is the use of supplemental doses of hormones that have a chemical structure identical to the hormones the body naturally produces. It can be taken via a cream, a suppository, orally or injected.

“A lot of GPs are not very knowledgeable about bio-identical hormones, and the treatment is not readily available from GPs,” explains Dr Gluck. She says the big advantage of bio-identical-hormones – which Gluck uses to treat everything from menopause to fertility issues, bone density problems, aches and pains, headaches and depression – is that they’re tailored to the needs of the individual patient.

“Everyone is unique and everyone needs a custom-made solution to their hormone problems. You should not have a one-size-fits-all treatment. Hormones regulate every function in our bodies so we all need individual solutions. Not everyone who has diabetes needs the same amount of insulin. The amount of insulin prescribed is tailored to the needs of each diabetes patient. We should apply this concept to women seeking hormone replacement therapy.”

BHRT and bio-identical hormones in general, she says, tend to have less side-effects and elicit more patient compliance.

“The problem with a lot of medication is people don’t continue to take it because of the side effects. With bio-identical hormones, compliance is high because people feel better after taking it. Many women on conventional HRT, for example, put on weight, get breast tenderness and there is the risk of breast cancer.”

Once the hormones are prescribed in the correct dose there is little risk to the patient, she says. Furthermore, because they are usually applied in a cream, they are not processed in the liver and will not cause liver damage.

Regular three-monthly follow-ups are an essential part of the treatment to fine-tune the hormones as the patients’ needs change she warns.

Maintaining a good hormone balance is extremely beneficial to a person’s overall well being, says Gluck, who, along with nutritionist Vicki Edgson, has just published a book, It Must Be My Hormones.

According to Gluck, the treatment improves your energy levels, your mood, your memory and your muscle tone. She says it can also prevent osteoporosis and make you more motivated. Diet is important too, she warns. Hence the input from Edgson, who warns in the book that nutrition can have a profound impact on a person’s health.

“Hormones should also only be prescribed by doctors – they are extremely powerful substances and you need to treat them with respect and knowledge,” she warns. Gluck says she knows of people who have bought natural thyroid medication over the internet, which if used incorrectly can catapult the thyroid into an over-active state and eventually result in heart failure.

* Not her real name

It Must Be My Hormones by Dr Marion Gluck and Vicki Edgson, published by Penguin