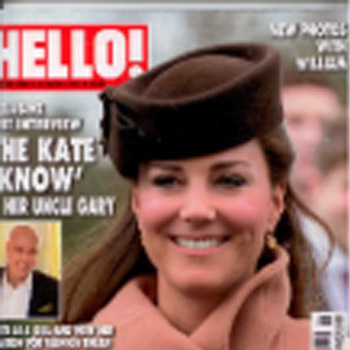 If you’re worried about the one-size –fits-all approach of conventional hormone replacement therapy, there is an effective, plant based alternative that can be fine tuned to suit you.

Susan Sarandan called hers “uneventful”, artist Tracey Emin has described it as an opportunity to “discover new things”, while for Cybill Shepherd it was “another exciting stage”. Yet, despite the number of high-profile women who have reached or passed the milestone of the menopause, few seem prepared to talk openly about it, perhaps because it’s a subject that is still mentioned only in hushed tones or jest.

Part of the natural ageing process, some women sail through the menopause with few symptoms. However, for those plagued by hot flushes, poor energy levels, lack of concentration and mood swings, it is good to know that there are ways to alleviate them.

For some, the traditional route of hormone replacement therapy (HRT) is first point of call, but an increasing number of women – including Rosie O’Donell an, according to Rosie, Madonna – are turning to an alternative solution. During an interview with Tyra Banks on UST TV, Rosie confided: She’s [Madona’s] great, she’s a lot like a big sister. When I started having my hormone things, I’m like. ‘What the hell is going on?’ She’s like ‘Get the cream’.

The cream in question is a form of bio identical hormone replacement therapy (BHRT) and it is gaining popularity on both sides of the Atlantic as an alternative to conventional HRT. After years of research, it is finally starting to be taken seriously by the UK medical profession too.

“I’ve always been interested in complementary medicine and realised that traditional HRT was more than problematic with my patients,” says Dr Marion Gluck, a women’s health specialist who has pioneered the use of bio-identical hormones as a treatment for a number of hormone-related conditions, including menopause. “On HRT, patients suffered loss of libido, breakthrough bleeding and weight gain. And then, when [a] cancer scare hit the headlines, they stopped taking HRT and their symptoms worsened” she explained.

Along with hot flushes, menopausal symptoms can include anxiety, depression and a loss of confidence. “My patients are women in their late 40s and 50s who are working full time, raising a family, looking after elderly parents and are often the main breadwinner; in other words, they can’t slow down, they need to be as active, clear-headed, energised and health as they were in their 30s” says Dr Gluck. “So I searched for an alternative to conventional HRT.”

While working as a GP in Sydney, Australia, she discovered a compounding pharmacy that made up bio-identical hormones to a prescription. Unlike the majority of those used in traditional HRT, which is a mix of synthetic and animal-derived hormones, bio-identical hormones are made from plant extracts processed in a lab to mimic the molecular structure of the ones made by the body.

“As a result they work in your body the way they are supposed to and, prescribed properly, they do not carry with them any of the side effects or health risks of HRT,” says Dr Gluck, whose contact details can be found in the address book of many an A-lister and who is in demand for her integrative approach that advocates the right hormones in the right balance for each woman.

So what can you expect i you sign up for the treatment at her London clinic? “When women come to me, I take a history and do a hormone blood screening test, then prescribe a carefully calibrated dose of bio-identical hormones to take in a lozenge, so they’re absorbed into the blood stream via the mouth, or in a cream via the skin,” she says.

“Within weeks, sometimes days, they have better concentration and improved energy, mood and sex drive. They sleep better, their confidence is restored and they feel healthy again. Just as importantly their bones and cardiovascular health are protected.”

At present there are only about 20 doctors prescribing BHRT in the UK, so Dr Gluck hopes to start training GPs around the country. “It’s not a one-pill-suits-all-problems solution. I offer patients a personal prescription from well over 250 individual options. In an ideal works I want GPs to at least become aware that there is an alternative to conventional HRT and to know where to refer their patients.